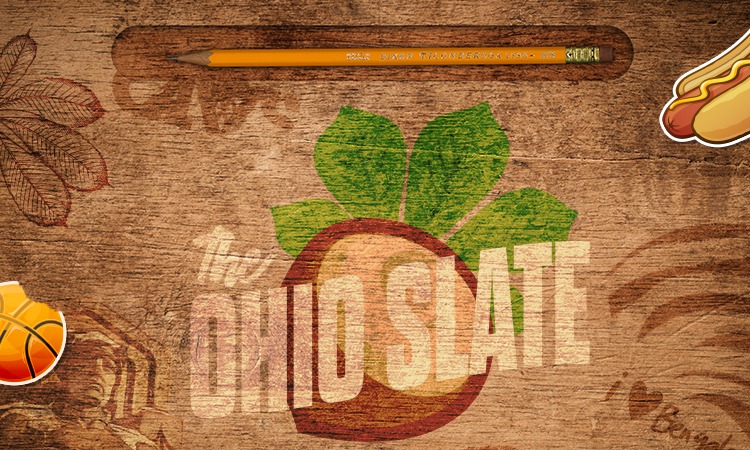 The Ohio Slate is a weekly look at development in Ohio’s gaming industry – including betting angles – as the state prepares to launch legal sportsbooks on Jan. 1, 2023.

FanDuel and Boyd Gaming, which are currently active in Kansas’ Sept. 1 sports betting launch, are expected to be among the prominent stakeholders taking part in Ohio’s Jan. 1 entry into the fray.

Belterra Park Racino, which is located in Cincinnati, is owned by Boyd Gaming, a strategic partner of FanDuel. Hence, there are plans to build a FanDuel retail sportsbook at the racino and have it open for service in 2023.

However, a Boyd Gaming official informed OH Bets that construction on the sportsbook has not begun at this time. The official added that the facility will be ready for business at some point early in the new year. So, it’s not certain that the Belterra book will be taking part in the New Year’s Day launch.

One of the longest-running LPGA Tour events, the Dana Open, is taking place this week in Ohio.

For years, the tournament was known as the Jamie Farr Toledo Classic, named after Toledo native known for his role as Corporal Max Klinger on M.A.S.H. After a rebranding, this is the first year the event will be called the Dana Open.

FanDuel has odds of +750 on Korean golfer Lydia Ko winning the tournament, which tees off Thursday at Highland Meadows Golf Club in Sylvania, Ohio. PointsBet has slightly shorter odds of +725 on Ko prevailing, while DraftKings has even shorter odds of +700 on Ko finishing in first place.

A year ago, the Dana Open was known as the Marathon LPGA Classic. Japan’s Nasa Hataoka earned her fourth LPGA Tour win when the tournament was halted after 54 holes due to a full day of heavy rainfall that resulted in the course becoming unplayable. Hataoka owned a six-stroke lead when officials opted to suspend play after three rounds.

The LPGA returns to Toledo all this week for the Dana Open in Sylvania 🏌️‍♀️⛳️
Tournament starts Thursday, but events all week on NBC 24📺 https://t.co/LhhhFktCTd

This LPGA Tournament, which has a purse of $1,750,000, has become an event that has been dominated by foreign players since the beginning of the 21st century. Danielle Kang won in 2020 and represents the most recent U.S. player to prevail. However, you have to go all the way back to 2008, when Paula Creamer finished first, to find the next U.S. winner. Heather Bowie Young (2005) and Meg Mallon (2004) are the only other U.S. golfers to claim victories at the Toledo-area LPGA Tour stop dating back to 2000.

DraftKings had odds of +2200 on Lexi Thompson winning, which ranks as the ninth-best odds to win while representing the best among U.S. players in the field of 72. PointsBet and FanDuel also list Thompson as the favorite U.S. player at odds of +2500 and +2900, respectively.

Bally's Interactive is joining the Dawg Pound in a multi-year agreement with the @ClevelandBrowns!

On a recent visit to the Browns’ final preseason home game against the Chicago Bears, OH Bets learned that construction hasn’t begun on the lounge and stadium officials haven’t determined where it will be located.

Bowling Green State University opens its football season on the road against UCLA on Saturday afternoon at the Rose Bowl. BGSU is considered a major underdog against UCLA, but the point spread has shrunk from 31.5 to 23 points — one of four Week 1 matchups in which the spread has moved by at least 7 points at Caesars Sportsbook.

Bengals Not A Super Bowl Favorite Despite Stellar 2021