Sexton, Markkanen, Agbaji, and a bunch of picks head to Utah in deal 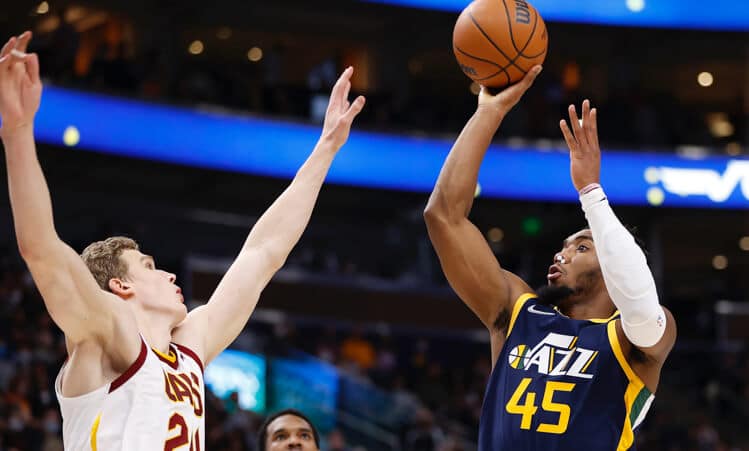 In arguably the most stunning deal of the NBA offseason thus far, the Cleveland Cavaliers outmaneuvered the New York Knicks to acquire All-Star shooting guard Donovan Mitchell from the Utah Jazz on Thursday.

The Cavs paid handsomely to get the former Louisville standout, sending Collin Sexton, Lauri Markkanen, Ochai Agbaji, and three unprotected first-round picks to Utah, with the trade also featuring potential first-round pick swaps in 2026 and 2028. Sexton’s agent, Rich Paul, told ESPN that Sexton will sign a four-year, $72 million deal with the Jazz upon his arrival.

Mitchell, who turns 26 next week and is comfortable playing off the ball, will likely be a better fit than Sexton alongside Darius Garland in the Cavs’ backcourt, with twin towers Evan Mobley and Jarrett Allen hanging out to erase any defensive mistakes. Markkanen’s departure will also allow Cleveland to start a more traditionally sized small forward, presumably either Isaac Okoro or Cedi Osman, unless the team opts to start 6’6” Caris LeVert in a three-guard lineup.

On news of the trade, several major mobile sportsbooks made it clear that the Cavs are far more serious contenders than they were before Mitchell’s eastbound ticket was punched. At PointsBet, Cleveland’s odds to win the NBA title went from 80/1 to 30/1, while Caesars Sportsbook made a similar adjustment from 100/1 to 50/1, WynnBET went from 100/1 to 60/1, and BetRivers took the Cavs’ championship odds from 100/1 to 45/1.

For its part, Betfred went from 125/1 to 50/1 on the Cavs’ title prospects, with an analyst sharing this insight: “They still need to get by the Bucks, Nets, and Boston.”

Not to mention Philly and Miami as well.

Some more Cavs futures adjustments from PB's trading team. Will have a story for @BetsOhio soon:

While Mitchell’s movement unsurprisingly deflated fire-seller Utah’s chances in the eyes of oddsmakers, other squads were impacted as well. The Knicks, who were believed to be the frontrunner to land Mitchell in a trade before Cleveland swooped in out of nowhere, saw their win total go from 39.5 to 38.5 at PointsBet, which also moved the Bucks from -450 favorites to win the Central to -300.

As for Chicago, they’re now an 8/1 third pick to win the Central behind Milwaukee and Cleveland, switching places with the Cavs post-trade. BetRivers also revised its divisional odds to make the Cavs the second pick in the Central at +425, whereas they were a 9/1 third pick behind the Bulls before the deal.