JACK Cleveland Casino remains a downtown player after 10 years of existence, and a new commissioner is introduced. 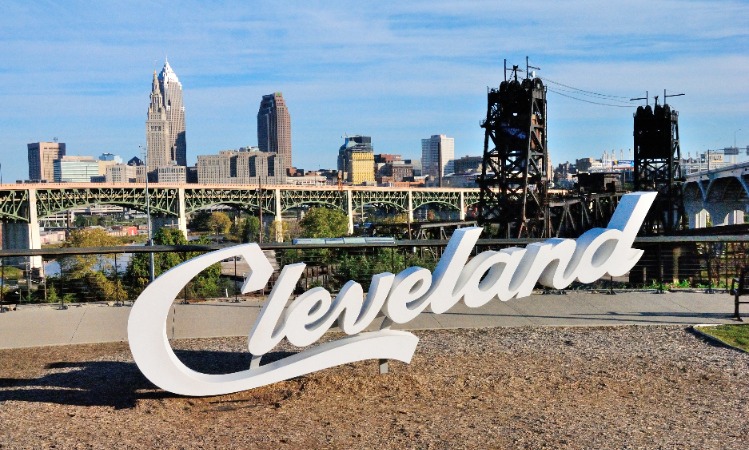 The Ohio Slate is a weekly look at developments in Ohio’s gaming industry — including betting angles — as the state prepares to launch legal sportsbooks on Jan. 1, 2023.

The Cleveland Cavaliers selected Andrew Wiggins with the No. 1 overall pick in the 2014 NBA Draft.

You really couldn’t argue with the Cavaliers picking the wiry 6-foot-7 small forward, who was an All-American in his one year of college at Kansas. Yet when presented with the opportunity to acquire Kevin Love from Minnesota for a package including Wiggins and the previous year’s first-round bust, Anthony Bennett (also taken No. 1 overall), the Cavs jumped at the opportunity to add a third All-Star to their LeBron James-Kyrie Irving core, which resulted in Cleveland winning the 2016 NBA title.

Fast forward to the present, when Cavs fans are witnessing their former No. 1 pick playing an instrumental role in the Golden State Warriors’ pursuit of the NBA championship against the Boston Celtics. Heading into Game 6 Thursday night, DraftKings has odds of +1400 on Wiggins being named NBA Finals MVP, while Caesars Sportsbook has slightly longer odds of +1600 on him earning the honor. Only his teammate, Steph Curry (-320), and Boston’s Jayson Tatum (+350) have better odds, according to DraftKings.

Cleveland, which participated in the play-in tournament and is an up-and-coming team in the Eastern Conference, has the 14th overall pick in this year’s draft (set for June 23) and two selections (39th, 56th) in the second round. Any future help that comes from those youngsters would stand to improve DraftKings’ early odds of +10000, if only slightly, on Cleveland winning the 2022-23 NBA championship.

It’s been 10 years since the first patrons walked through the doors at JACK Cleveland Casino.

Originally known as the Cleveland Horseshoe, the downtown casino was the property of Cleveland Cavaliers owner Dan Gilbert. The Horseshoe was the first of four casinos to open in Ohio, following a constitutional amendment in 2009 that made casinos legal in the Buckeye State.

It was several years before Rock Gaming announced in February 2016 that the company and casinos would be rebranded under the JACK name. The casino transitioned to the JACK name later that spring.

JACK Cleveland Casino, which is located a block away from Rocket Mortgage FieldHouse (home of the Cavaliers), has accounted for more than $2 billion in gambling revenue since it first opened, bringing in a record $257 million in 2021 alone.  JACK is in the process of building a 5,000-square-foot sportsbook that is expected to be ready for patrons by Ohio’s sports betting universal launch date of Jan. 1, 2023.

Sheetal Bajoria, co-founder and president of the traffic safety sign and design company MDSolutions Inc., was introduced during the Ohio Casino Control Commission’s meeting on Wednesday as the OCCC’s newest commissioner.

Bajoria is a member of the Ohio Society of CPAs and the American Institute of CPAs. With her accounting background, she has helped corporations with project budgeting and operational procedures that promote efficiency.

“The commission welcomes commissioner Bajoria,” commission chair June E. Taylor said. “She’s our newest commissioner that is joining us. I think that everyone has already heard her extraordinary talent in the area of finance and we certainly welcome her.”

“It looks like I’m in for a treat with a great team here, and I look forward to working with the team and my fellow commissioners,” Bajoria said.

Cincinnati passed over for World Cup 2026

FIFA did not choose Cincinnati on Thursday to be among 16 North American cities that will host matches for the 2026 World Cup. A total of 11 sites were chosen in the United States, three in Mexico and two in Canada.

Brick-And-Mortar Sportsbooks In The Works In Ohio