Sportsbooks like the Browns and Ravens as much or more than the Bengals, and upcoming announcement of sports betting's start is awaited. 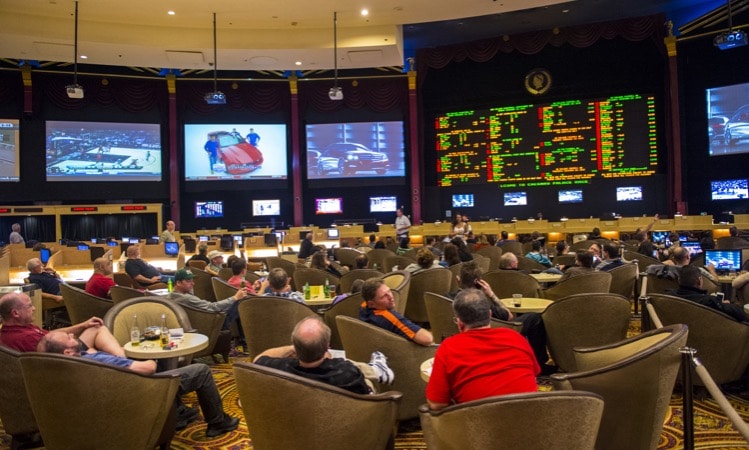 “The Ohio Slate” is a weekly look at developments in Ohio’s gaming industry, including betting angles as the state prepares to launch legal sportsbooks by Jan. 1, 2023.

The disrespect or lack of belief in the Cincinnati Bengals seems to continue for the reigning AFC champions this spring, only months after nearly claiming the Super Bowl LVI championship.

Joe Burrow & Co. aren’t considered the outright favorites to win the AFC  North title. BetMGM has odds of +200 each on the Baltimore Ravens, Cleveland Browns, and the Bengals to win the AFC North.

Even more surprisingly, the Bengals, defeated in a 23-20 Super Bowl encounter with the Los Angeles Rams in February, are listed at FanDuel behind those two AFC North rivals. FanDuel has odds of +200 on the Ravens and Browns and +210 on the Bengals to win the division. DraftKings has odds of +200 on Cincinnati, but +190 on Cleveland.

The Bengals, who went 13-8 a year ago after some books had them with preseason Super Bowl odds of 150/1, enter the 2022 season more experienced and with a better overall roster, potentially, after addressing some offensive line concerns with offseason signings.

“I think they’re a good football team, there’s no question about it, but I don’t think that they’re at the top of the class of the AFC Conference,” Johnson said recently. “I would be very cautious to think that they [will be back]  in the same sort of situation again this season because of what happened and occurred last season. The ball bounced perfectly for them.”

The Ohio Casino Control Commission plans to announce the universal start date for sports betting during the commission’s June 1 meeting. The law states that sports betting must be launched by Jan. 1, 2023.

In an effort to stay on pace to have sports betting in operation by the end of the year, the commission has made it a priority to update its sports betting FAQs. The latest additions address questions concerning the submission of applications and compliance documents, including more information on fingerprinting, key employees, holding companies, and when compliance documents can begin to be submitted.

‘Roasting A Legend’ nearly sold out

Hard Rock Cincinnati is close to a sellout for the upcoming Pete Rose “Roasting A Legend” event scheduled for June 11 in the casino’s ballroom.

Only 53 tickets were available for purchase on the Ticketmaster website at the time of publishing. There appears to be high interest in attending the roast of Rose, a former Cincinnati Reds great and baseball’s all-time leader in base hits whose gambling activities have been costly to him.  The 81-year-old remains banned from Major League Baseball for betting on games while managing the Reds.

Among those joining him at the event will be former Big Red Machine teammates George Foster and Ken Griffey Sr. Hall of Fame broadcaster Marty Brennaman will serve as master of ceremonies.

Hollywood Casino Toledo has spent the entire month of May celebrating its 10th anniversary of operation in northwest Ohio.

The casino, located on the city’s border with Rossford, has held casino promotions, food specials, and free live entertainment in recognition of the anniversary. The casino is holding a 10th Anniversary Blinko promotion concluding on Sunday with a grand prize of $10,000.

One week from Sunday, the 10th anniversary of @HollywoodToledo May 29, 2012 debut will arrive. https://t.co/mo0PTA0nUN

Players who log on to the betJACK app receive a daily total of 100 tokens and get additional tokens with each winning bet. Bets can be made on a variety of sports, including the NFL, NBA, NHL, and MLB. BetJACK presents a variety of betting choices, including spreads, moneylines, over/unders, parlays, and in-game betting.