Cleveland rides momentum into the divisional series, but the Yankees are stacked 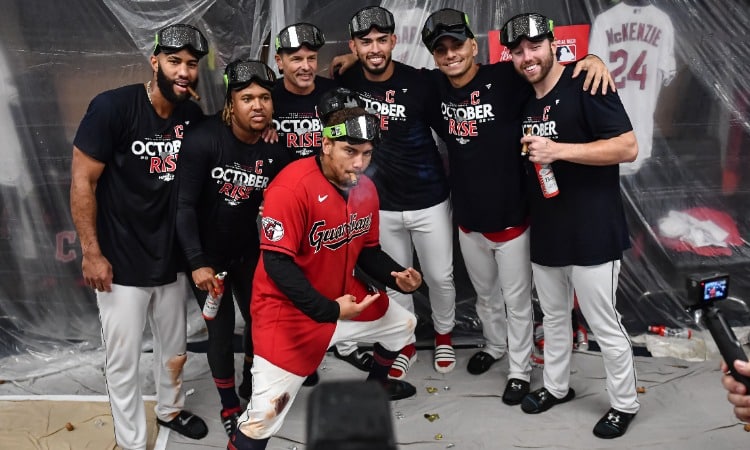 The Guardians have been rewarded for their success in the wild card round with a trip to New York to prove themselves against the Yankees. The best-of-five American League Division Series begins Tuesday night.

In the new best-of-three wild card format, the Guardians opened the postseason needing only two games to dispose of Tampa Bay. Saturday’s record-setting, 15-inning, 1-0 victory — ended by a solo homer by Oscar Gonzalez — set Cleveland up to face New York.

The Yankees won all but one of the six games the teams played against one another in the regular season. The Guardians were outscored 38-14 during the head-to-head encounters. Yet, the Guardians have been rolling recently, marching through the final 30 games of the regular season 24-6 to win the AL Central title.

All-Star third baseman Jose Ramirez leads the Guardians into the postseason clash after hitting a team-high 29 home runs and 126 RBIs. Rookie outfielder Steven Kwan, who has a team-best .298 batting average, has been a sparkplug for an offense that finished the regular season ranked 12th for on-base percentage (.316) and seventh for batting average (.254).

Pitching ace Shane Bieber, with an ERA of 2.88, and Cal Quantrill, with 15 wins, provide the Guardians with a solid 1-2 tandem for a pitching staff that owns a 3.46 ERA.

Quantrill likes the fact that the Guardians have been underdogs for most of the season.

“It’s just a bonus that we happen to prove people wrong. This is how we felt when the season started. It’s been the same approach all year long. The fact that people are just realizing we’re a good team now has played to our advantage.”

Placing a legal wager on sports isn’t available in Ohio until the universal launch date of Jan. 1. Until then, Ohioans must go to neighboring states to place bets on sports.

A big foe in Judge and Co.

New York is led by Aaron Judge, who hit 62 home runs to break Roger Maris’ long-standing AL single-season record. Judge came close to recording a triple-crown season after also leading the AL in RBIs (131), and finishing second in batting average (.311). DraftKings has odds on Judge hitting the most homers during the divisional round at +450, while offering longer odds of +2200 on Cleveland’s Ramirez.

The Yankees’ batting lineup produced 807 runs during the regular season, which ranked second in the AL. They ranked fourth in the AL in slugging percentage (.426) and fifth in on-base percentage (.325).

The Yankees open the series with ace starter Gerrit Cole on the mound after a season with a 3.50 earned run average and 257 strikeouts, but New York will be without reliever Aroldis Chapman. The hard-throwing left-hander was left off the 26-man roster after he skipped a mandatory workout. Chapman missed part of the regular season Aug. 24-Sept. 16 because of an infection in a leg caused by getting a tattoo.

Good news for the Guardians! https://t.co/QytOezlXpM

“It’s unfortunate that he wasn’t here Friday,” Yankees General Manager Brian Cashman said. “Clearly disappointing, but at the same time not surprised by how things are starting to play out over the course of the season. So, it was surprising at first, like a little shocking, but then after the shock wore off, when you add everything up, it’s not surprising.”