It took a while to convince the sportsbooks, but Cleveland is a huge favorite to win the AL Central 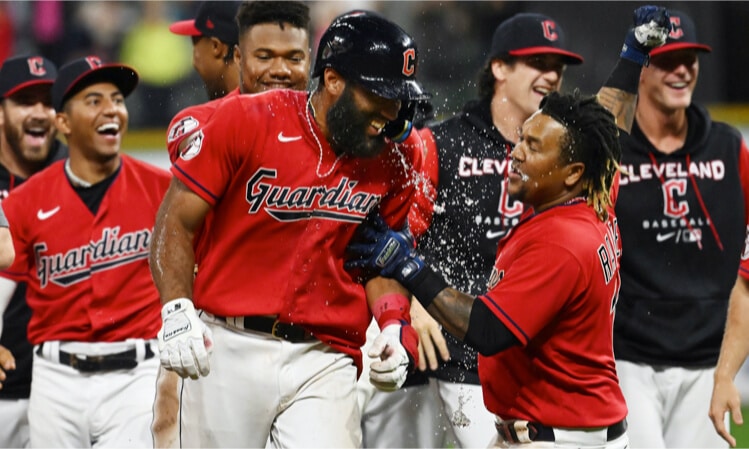 Maybe this new name ain’t so bad after all. In its first season as the Guardians, Cleveland’s baseball team is on the cusp of making the playoffs despite sub-.500 preseason predictions from nearly every expert.

After winning four of five against Minnesota over a long weekend, the Guardians have a chance to end the suspense heading into a three-game set with the White Sox in Chicago. The Twins are basically kaput, now 7 games back of the AL Central-leading Guardians. And Chicago sits 4 back of the Guardians with 15 games to go. If Cleveland takes two of three this week, it’s as good as over.

The Guardians were -900 to win the Central heading into Monday’s game, and after they smoked the Twins 11-4 to end that series, on Tuesday morning they ranged from -1100 (FanDuel, Caesars) to a staggering -2500 (FOX Bet). The sportsbooks considered the Twins toast at prices as high as 100/1, while remaining Sox believers could find a payout of +900 at DraftKings, Barstool, BetRivers, PointsBet, and BetMGM.

Anyone who bet Cleveland at big plus-money during the spring or early summer — they were as high as +750 on June 12 and at +300 later in the month, even after they’d taken over first place — is loving that ticket right about now.

Cleveland Guardians still at +750 division a phenomenal bet. They should be no higher then 3/1.

From fourth (projected) to first

Very few people saw this sort of success coming for the Guardians.

In ESPN’s preseason power rankings, the White Sox were ranked fourth in all of MLB with a supposed 85.5% likelihood of reaching the playoffs. The Twins were No. 17, the Detroit Tigers were No. 18, and the Guardians were No. 20, fourth-best in the division, with a projected record of 77-85 and a 15% chance of playing beyond 162 games.

If Cleveland does indeed make the playoffs, they’ll be the lowest-ranked team on ESPN’s list to do so (unless the Baltimore Orioles, 5 games out of the last wild card spot as of Tuesday, sneak in also). Sportsbooks like WynnBET set the Guardians’ win total over/under at 76.5 before the season began. The over cashed when they beat Minnesota last Friday.

But they’re still not being taken terribly seriously by bookmakers in terms of postseason success. As of Tuesday morning, they were sixth on the odds board to win the AL, ranging from +1300 to +1500, behind all of the other likely playoff teams. And the Guardians were 12th in World Series odds — again, last place among the likely playoff teams, trailing even the San Diego Padres and Philadelphia Phillies, one of whom could well miss the postseason entirely. The best payout as of Tuesday on Cleveland to win it all was 50/1 at FanDuel.

It makes sense that the Guardians are still viewed as a relative longshot, but their winning ways this season haven’t been fluky. They have a legit superstar in third baseman Jose Ramirez (.882 OPS, 28 HRs, 113 RBIs), and second baseman Andres Gimenez leads the team with a 6.4 WAR.

Their pitching rotation is just deep enough to make the Guardians a decent bet in the first round of the playoffs, where they’ll be at home for every game of a best-of-three series against a wild card qualifier. Cleveland’s rotation really only goes three deep — Shane Bieber, Cal Quantrill, Triston McKenzie — but that could be enough to get them out of the opening round.

The Guardians have a different three-game series to worry about this week, however. If they take care of business in Chicago, then the playoff planning can begin.

Eric is a veteran writer, editor, and podcaster in the sports and gaming industries. He was the editor-in-chief of the poker magazine All In for nearly a decade, is the author of the book The Moneymaker Effect, and has contributed to such outlets as ESPN.com, Grantland.com, and Playboy.

Eric is a veteran writer, editor, and podcaster in the sports and gaming industries. He was the editor-in-chief of the poker magazine All In for nearly a decade, is the author of the book The Moneymaker Effect, and has contributed to such outlets as ESPN.com, Grantland.com, and Playboy.