An Underdog Against Dolphins, Browns Need Another Strong Defensive Effort 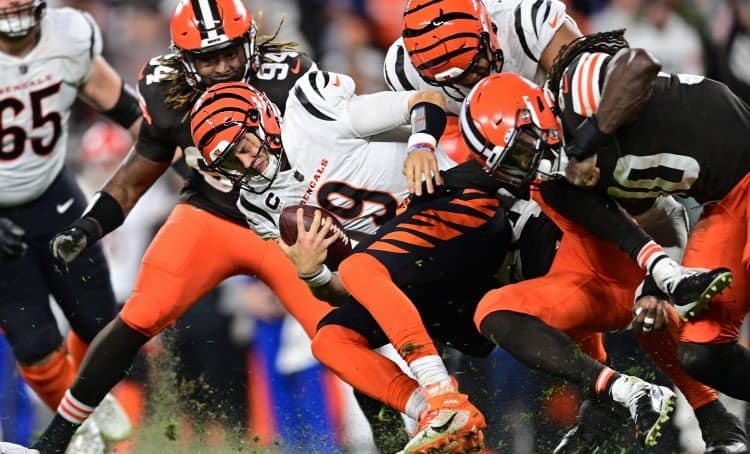 The well-rested Browns visit Miami Sunday hoping to snap the Dolphins’ three-game winning streak, but the oddsmakers aren’t counting on Cleveland to do so.

The major online sportsbooks — which can’t operate in Ohio until the Jan. 1 launch of legalized betting overseen by the Ohio Casino Control Commission — agreed Friday morning that Cleveland is a 3.5-point underdog for the game. Caesars Sportsbook was offering the best moneyline return at +158 for bettors able to get into action outside Ohio, while Barstool Sportsbook and BetMGM weren’t far behind at +155.

The points total over/under at most of the sportsbooks was a robust 49.5, though Caesars and Barstool were lower at 49 as an option for “over” bettors to consider.

Can defense match performance vs. Bengals?

The game offers some intrigue in terms of which Browns squad will show up.

Prior to last weekend’s bye (the Bengals have theirs this week), the same team that lost to the New England Patriots by 23 points last month demolished Cincinnati 32-13 on Halloween night. A stifling Browns defense sacked Joe Burrow five times and held the Bengals to 232 passing yards.

The Dolphins, meanwhile, beat the Bears 35-32 after defeating the Lions and Steelers in the weeks before that. Those three Miami opponents might be considered inferior to the Browns, though, and the Dolphins didn’t beat any of them by more than 6 points.

"This Cleveland Browns team is no joke — they are a good football team."

Mike McDaniel on the Dolphins' upcoming opponent. Added that the Browns could beat any team in the NFL — which he says you can't say about every team

Miami played some of those games, however, without Tua Tagovailoa behind center due to well-publicized concussion-related issues, and he is healthy now and in possession of the league’s top quarterback rating. He cemented that status against Chicago by completing 21 of 30 passes for 302 yards with three touchdowns and no interceptions.

While the Browns’ defense was stout against both the Bengals and Baltimore Ravens before them, it will have a big challenge trying to contain the speedy receiving combination of Tyreek Hill (76 catches, 1,104 yards) and Jaylen Waddle (47/812).

Considering Miami gave up 252 rushing yards to the Bears, Cleveland likely will counter with a lot of handoffs to the NFL’s No. 2 rushing leader, Nick Chubb. Chubb leads the league in rushing touchdowns with 10, and he may have to pile on to that lead for the Browns to pull off an upset that keeps their hopes alive in the AFC North race.