Expect BetMGM, DraftKings, FanDuel, And Other Big Operators In Ohio

Most of Ohio's casinos and racinos have established partnerships with sportsbook brands long before the state's universal launch date. 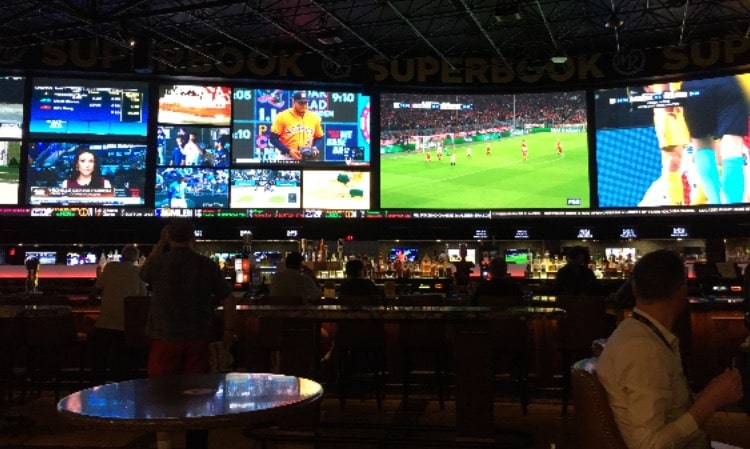 The three largest mobile sportsbooks — FanDuel, DraftKings, and BetMGM — will likely be operating in Ohio when sports betting officially launches on the announced universal launch date of Jan. 1, 2023.

FanDuel Sportsbook has access via a national deal with Boyd Gaming, which owns the Beltrerra Park Gaming & Entertainment Center, while BetMGM has access through the company’s MGM Northfield Park racino.

Sports betting became legal in Ohio on Dec. 22 when Gov. Mike DeWine signed HB 29. The law states that Type B proprietors — brick-and-mortar facilities such as the 11 casinos and racinos — will have the opportunity to offer up to two digital skins, or two digital platforms.

The law also states that Type A proprietors, which include professional sports teams and events, will have the opportunity to have up to two skins each. In total, the Ohio Casino Control Commission can issue up to 25 Type A licenses, each of which could have two skins, for a maximum of 50 digital platforms.

OH Bets researched existing market access agreements among operators, and here you can find what the landscape looks like.

This gaming entity owns the Belterra racino, giving it access to up to two skins. As noted above, FanDuel has access through an existing deal. Boyd Gaming will be entitled to two skins, and a second possibility could be FanDuel’s sister platform, FOX Bet.

Caesars completed a merger with Eldorado Gaming in 2020 and owns Scioto Downs.  The company will have access to up to two skins. Additionally, the Scioto Downs website already promotes signing up for the Caesars Sportbook app. No announcement has been made referencing a second skin.

The company has one retail location in Ohio and is entitled to up to two skins. It is expected to use its own sportsbook platform, which already operates in other states. A Hard Rock Sportsbook just opened at Hard Rock Casino Northern Indiana. No announcement has been made about partnering with a second digital operator.

The locally owned company has two brick-and-mortar locations, which means it has access to up to four skins. JACK Entertainment’s Cleveland Casino and JACK Thistledown Racino have established betJACK.

BetJack’s a free online and mobile sports betting practice platform that is expected to be converted into a real-money betting option. The company has not announced any other digital partners.

The massive casino company owns one brick-and-mortar location in Ohio, allowing it access to up to two digital platforms. BetMGM will be one of those platforms, but the company has not announced who the second skin will go to.

According to its website, the racino is owned by a partnership between Churchill Downs and Delaware North. Miami Valley will have access to up to two skins.

However, it’s unclear how those will be branded, as CDI recently announced that it will discontinue its TwinSpires sportsbook. Delaware North is a diverse conglomerate that operates casinos, owns Boston’s TD Garden, and provides food-and-beverage service at big venues.

Miami Valley Gaming has not announced any digital partners.

The company is a major player in Ohio, where it owns the four Hollywood casinos/racinos. Therefore, it has access to up to eight skins.

One of those skins will go to the company’s Barstool Sportsbook. PointsBet and Rush Street Interactive (BetRivers) also have market-access deals with PNG, as does DraftKings as noted above.

The new Ohio law created a unique situation in that it’s the first time a Hall of Fame is eligible to host a sportsbook. The law also allows for PGA and NASCAR venues to offer sportsbooks, joining Arizona and Kansas as the only states to allow wagering at such venues. Each of the professional sports venues will be entitled to up to two digital skins.

The Pro Football Hall of Fame has partnerships with Rush Street Interactive, which provides market access to BetRivers Sportsbook. The Canton-based tourist attraction also has a partnership with Genesis Global Ltd., which has an established market access deal with DraftKings.

Sports betting operator WynnBET and the Cincinnati Reds have partnered and will collaborate on marketing efforts throughout the rest of the 2021 season "to introduce WynnBET to Reds fans in Indiana," per release.

The biggest pro teams in Ohio that have deals in place are the NFL Cleveland Browns (Bally’s), the MLB Cincinnati Reds (WynnBET), and NBA Cavaliers (Caesars, Fubo Gaming). The Browns and Bally’s could get market access through an existing deal with Caesars.

The Reds have had a longstanding partnership with WynnBET and have already been marketing the WynnBET sportsbook to Reds fans living in Indiana. On the other hand, the Cavaliers could offer platforms via both Caesars and Fubo, which made its digital sportsbook debut in Iowa in September 2021 and is now live in Arizona as well.