Trips to Pittsburgh and Carolina should bode well for Ohio's in-state rivals, who first face each other on Halloween night. 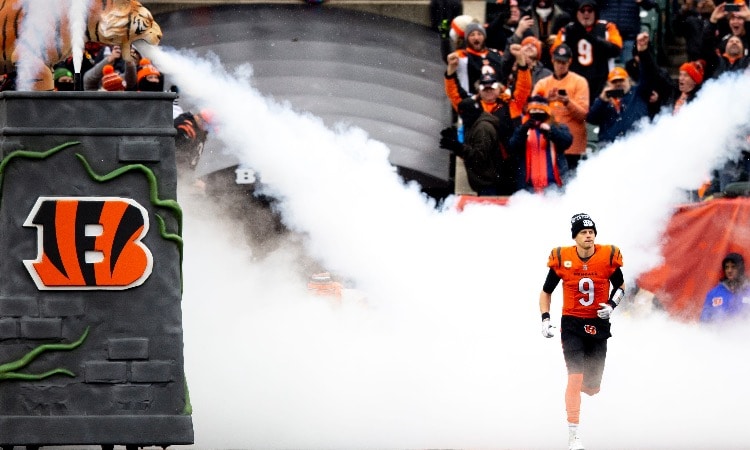 The Cincinnati Bengals are looking ahead to the 2022 season with plenty of optimism and a whole lot of momentum after playing in Super Bowl LVI. The Cleveland Browns also have plenty of reasons to be excited about the upcoming season, albeit with many more unknowns than their state rival.

Regardless, both teams should feel good about opening the season on a high note, according to sportsbooks, which shared NFL Week 1 opening lines following the release of 2022 schedules on Thursday night.

In-state foes on the rise

The Bengals and Browns are considered two of the most talented teams in the AFC, if not all of the NFL.

Cincinnati, led by cool, calm, and collected quarterback Joe Burrow, made a surprising playoff run last season that ended with a 23-20 loss to the Los Angeles Rams in the Super Bowl on Feb. 13. Cincinnati entered last season with odds as long as 150/1 of winning the Super Bowl.

Burrow, whose 2020 season was cut short by a knee injury, showed little signs of being hampered last year and figures to be an even more effective signal-caller after guiding his team to an AFC Championship. He has speedy wideouts in Ja’Marr Chase and Tee Higgins and versatile running back Joe Mixon in the backfield, giving him plenty of veteran offensive weapons to work with.

Cincinnati has also made a few moves since the Super Bowl to address offensive line woes that resulted in Burrow being sacked seven times by the Rams, including two apiece by Aaron Donald and Von Miller.

In Cleveland, some offseason moves by the Browns have the Dawg Pound salivating over the start of the 2022 season.

Even though Baker Mayfield remains on the roster, Cleveland brass made it clear they’re moving in a different direction at quarterback when they traded for former Houston Texans QB Deshaun Watson, who didn’t play last season after being named in 22 civil lawsuits for inappropriate conduct and sexual assault.

Watson signed a record-setting $230 million contract upon joining the Browns. However, it’s not certain when he’ll return to the gridiron, as he could be suspended for a number of games by the NFL for his alleged off-field indiscretions.

OFFICIAL: The schedule is finally here❗️

Cleveland’s receiving corps will look a lot different this year, too. Gone are Pro Bowl talents Odell Beckham Jr. and Jarvis Landry. The Browns have taken steps to address their departures, first by trading for four-time Pro Bowler Amari Cooper. They then selected All-Big Ten wideout David Bell in Round 3 of the NFL draft and All-Big 12 honorable mention wideout Michael Woods II in Round 6.

Meanwhile, running backs Nick Chubb and Kareem Hunt give the Browns one of the best rushing attacks in the league.

Cleveland and Cincinnati both have plenty of offensive firepower, and the AFC North rivals will see one another up close for the first time in 2022 on Halloween night in Cleveland for a Monday Night Football clash.