Fate of Browns and Bengals could be tied to their quarterbacks, who have issues currently 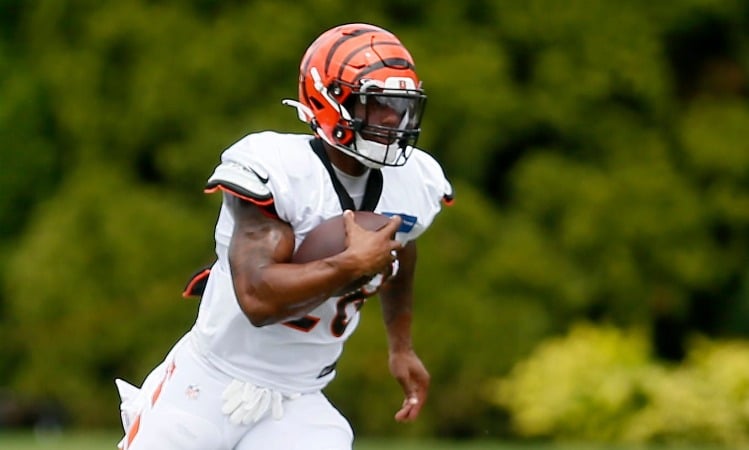 The Cincinnati Bengals and Cleveland Browns — intrastate rivals and AFC North foes — have debatably two of the more talented rosters in the NFL.

Both are considered legitimate teams to earn a spot in the playoffs. The Bengals, as defending AFC champions, are riding plenty of momentum coming off last season’s playoff run that ended with a loss in Super Bowl LVI.

The Browns are a team that’s built to win with a formidable defense and dominant running game. There’s plenty of optimism in Cleveland for a breakout season, despite the uncertainty around whether quarterback Deshaun Watson will ever play in this year’s regular season.

The first look at both teams going head-to-head against an opponent will come Friday night. Their preseason games can’t be bet on legally in Ohio, but sportsbooks are to begin operating on Jan. 1, before the regular season ends.

Getting a first look at Watson

Watson will make his debut as the Browns signal-caller when Cleveland travels to Jacksonville. How long he remains in the game before he’s relieved by journeyman backup Jacoby Brissett is uncertain. Yet, FanDuel, BetMGM, DraftKings, and Caesars Sportsbook aren’t expecting Watson’s first game to be a successful one for Cleveland. Each of the sportsbooks have the Browns as 1.5-point underdogs, with the over/under at 33 points.

The Bengals will open preseason play before a home crowd at Paul Brown Stadium, taking on the Arizona Cardinals. Cincinnati will be without quarterback Joe Burrow, who has been sidelined during training camp after having an emergency appendectomy on July 27. He may be out for a few weeks, according to a CBS Sports report.

Putting in the work 💪 pic.twitter.com/VzCB9X8QHj

The @Browns continue training camp in Berea this week as they prepare for their first preseason game Friday at Jacksonville.

Here are some photos our very own @Brady_216 captured from #browns training camp last week! pic.twitter.com/QGYJ7PuQCp

As it’s the preseason, neither the Brown nor Bengals are likely to put much weight on their game’s outcome. Both teams will put more emphasis on seeing player progress that’s taken place since the start of training camp, while evaluating position groups and individual performance.

The Browns, who Caesars Sportsbook has at odds of +2500 to win Super Bowl LVII, believe they can rival any team in the AFC North and win the division. Watson’s fate is still uncertain, however, regarding how long he may suspended for violating the NFL’s personal conduct policy after being hit with dozens of accusations of sexual misconduct. Cleveland may have to lean heavily on seven-year pro Brissett to manage a run-heavy offense after the team rushed for more than 2,400 yards last season.

Nick Chubb is coming off a year in which he rushed for 1,259 yards on a hefty average of 5.52 yards per carry.  Backups D’Ernest Johnson and Kareem Hunt averaged 5.34 and 4.95 yards per carry, respectively, which made for healthy competition for playing time in Cleveland’s backfield. Cleveland even added to the ground game by drafting former Cincinnati standout halfback Jerome Ford. Hunt, meanwhile, recently requested a trade, according to Cleveland.com.

Building on and around Burrow

The Bengals, who carry odds of +2100 at FanDuel to win the Super Bowl, may be better positioned for success than the Browns. Burrow, who passed for 4,600 yards and 34 touchdowns with 14 interceptions last season, is not expected to miss any significant time from the appendectomy once the regular season kicks off.

Also, the Bengals return many of the key pieces from last season’s team. Cincinnati has even brought in more offensive line talent to help protect its prized quarterback, who had to survive a ton of hits from opposing pass rushers last season.

In the meantime, the preseason debuts for the Bengals and Browns figure to be opportunities for getting a glimpse of what’s to come when the real season begins in a month.