The Ohio Slate: USFL Playoffs Coming To Canton To Play In Hall Of Fame Village

The USFL is seeking attention for postseason competition by playing its final three games in Canton at Tom Benson Hall of Fame Stadium. 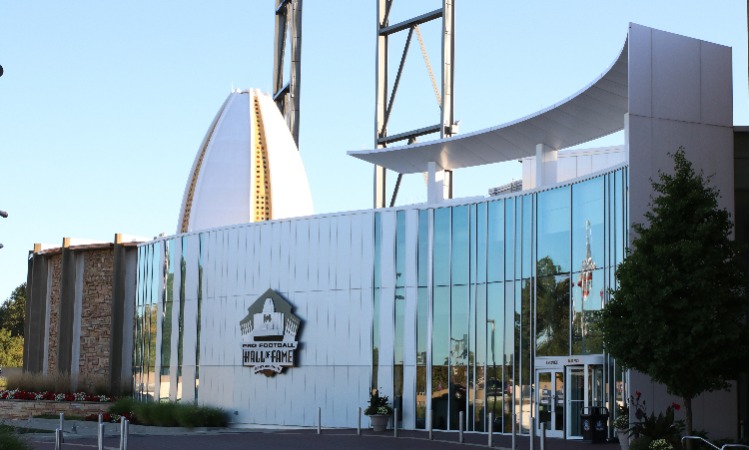 The Ohio Slate is a weekly look at developments in Ohio’s gaming industry — including betting angles — as the state prepares to launch legal sportsbooks on Jan. 1, 2023.

The 10-week regular season of the USFL is over, and the four teams that qualified for the postseason will be in Canton on Saturday to take part in a double-header at Tom Benson Hall of Fame Stadium, on the campus of the Hall of Fame Village.

FanDuel has the Philadelphia Stars (6-4) as 4.5-point underdogs against the New Jersey Generals (9-1) when they kickoff at 3 p.m. ET for the first USFL semifinal matchup. The Birmingham Stallions (9-1) are 5-point favorites against the New Orleans Breakers (6-4) in the second semifinal of the day. The winners will meet in the USFL championship game July 3, also in Canton.

Considering the Michigan Panthers were listed as the +450 favorites at PointsBet before the season to win the USFL championship, the team still standing after the next two weeks of postseason competition will have beaten the preseason odds to win it all.

The spring league, backed by Fox and NBC, is hoping the two semifinals and championship, in the shadow of the Pro Football Hall of Fame, will mean a bump in television viewership and attendance. The entire regular season was held in Birmingham, Alabama, where attendance for many of the games was lacking.

In an attempt to help drum up attention for the postseason, USFL officials held a video call with Ohio media outlets. Daryl Johnston, USFL’s executive vice president of football operations; Mike Pereira, USFL’s head of officiating; and Mike Levy, Hall of Fame Resort & Entertainment’s president of operations, answered questions from the media during a 42-minute engagement.

Thank you for an incredible regular season, Birmingham 👏👏

Johnston thinks closing out the first season of the USFL with the playoffs in Canton is a bonus for the league.

“For the USFL to complete that first season, go to the playoffs in Canton, Ohio, and crown their first champion at Tom Benson Field is just an unbelievable opportunity,” Johnston said. “For all of us at the USFL, I can’t tell you how excited we are to work through our first season. …  As a league, we want to be showcasing our best football at the end of the regular season and bringing it to Canton, Ohio.

“We feel like we’re going to achieve that goal and can’t wait until we get to Canton, and cap this whole thing off in Canton, at the Pro Football Hall of Fame.”

The NFL, for decades, has annually kicked off the preseason by playing the Hall of Fame Game in Canton, as part of a week-long celebration of the latest class to be inducted into the Hall of Fame.

Closing out the USFL season in Canton offers a new opportunity for the Hall of Fame Village.

“We’ve very excited and we’re honored to host the USFL playoffs at our Tom Benson Hall of Fame Stadium here in Canton,” said Levy, noting that the cost for attending the doubleheader on Saturday is $15 for adults and $5 for children.

As for the play throughout the regular season, Johnston, who was a Pro Bowl fullback with the Dallas Cowboys during his playing days in the NFL, believes the play across the eight teams in the USFL was sound.

“The quality of football has been good,” Johnston said. “The competition has been very good — very dramatic finishes — week-in, week-out. We’ve had a really, really good experience here, as we’ve gone through the season in our first year.”

Look out for the Guardians

The Cleveland Guardians entered Thursday afternoon’s matchup with American League Central rival Minnesota atop the division and with eight wins in their last 10 games.