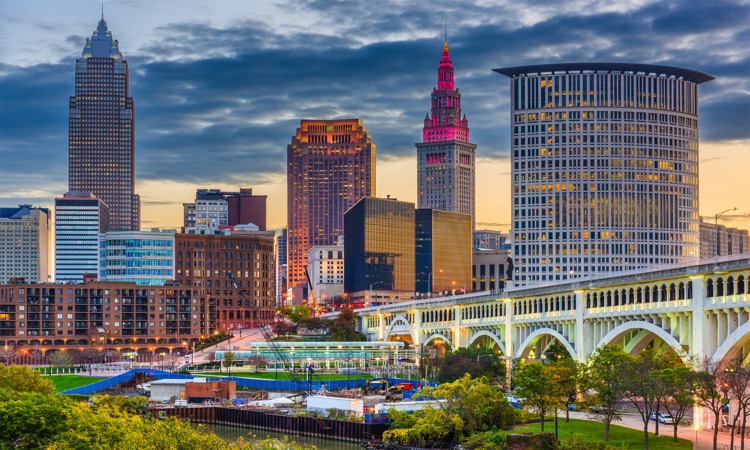 (Note: This article has been updated from an earlier version.)

Ohio’s casinos and racinos avoided a third straight month of declines when the state’s lottery and casino control commissions reported a combined $192.1 million in revenue for October, but it was a third consecutive month the total figure was below $200 million.

October’s figure was 1.9% higher than the $188.6 million reported in September from the four casinos and seven racinos statewide. The gaming disciplines had produced at least $200 million in revenue four times in a five-month span from March through July before coming up just short in August’s total of $196 million. The $216.3 million in total revenue generated in March remains the high-water mark for 2022.

Checking out the casino action

After a 7.5% dip in table games revenue to $23.4 million in September, the quartet of casinos saw a bounce back close to August levels as table drop improved 2.3% to $103.5 million. Hard Rock Cincinnati, which endured a 15.4% drop in table games revenue to $6.3 million from August to September, nearly clawed back all of those losses, jumping 14% to more than $7.2 million in October. Its overall revenue haul of slightly more than $20 million, however, was 0.3% lower as slot revenue dipped 6.9% to $12.8 million.

Hollywood Toledo, which nearly set a low for the year in slots revenue in September at $14.7 million, inched back over $15 million in October as overall revenue improved 5.6% to nearly $18.1 million. Overall slot revenue totaled $57.9 million, a slight drop-off of 0.2% compared to September but a 2.5% year-over-year improvement.

Hollywood Columbus paced the four casinos in overall revenue at $23.7 million, putting some distance between itself and second-place JACK Cleveland thanks to a 6.5% increase from September. JACK revenue slipped 3.2% to $21.2 million, though it was the top venue for table games revenue with more than $8.7 million.

Belterra has rough September on the racino side

Five of the locations had month-over-month gains from September, a near-complete reversal from the previous month when six venues saw a decline in revenue. Hollywood was the big overall winner for October as its Mahoning Valley property reported a state-best 7.3% increase to just shy of $14 million — payout percentage there slumped nearly one-half of a full percentage point to nearly 90.5%.

Its Dayton venue reported a 3.5% increase in revenue to more than $12.4 million as the payout percentage there dipped 0.21 percentage points to just under 91.6%. Eldorado Gaming at Scioto Downs was the only other venue to post a month-over-month improvement of better than 5%, as its $19.3 million haul was 6.3% better than September and erased a good portion of the 8.2% decline from August.

MGM in Northfield reported a 1.5% decline in revenue from September but still had more than enough to lead all locations with more than $23.3 million. JACK Thistledown had the biggest month-over-month decline, dipping 2.2% to $14.6 million as payout percentage ticked over 91%.